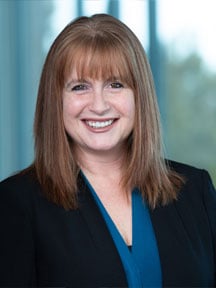 Martin was recognized in Monitor's Diversity, Equity & Inclusion issue, which includes the publication's second annual Women in Leasing section featuring profiles of the most powerful women in the equipment finance industry.

In addition to her role leading strategy, Martin is an executive sponsor of Key4Women, chair of the Equipment Leasing and Finance Association (ELFA) Operations and Technology Committee, a former representative of the ELFA's Women's Council and a member of Monitor's editorial board.

In her 25 years with Key Equipment Finance, Jennifer Martin has played an integral role in the most significant changes experienced by the company as it has grown its portfolio. With almost every new venture, Martin was given an opportunity to participate and lead, and as a result, she has benefitted from 18 role changes in 25 years, an impressive rise from her first job as an operations clerk.

“I firmly believe that a wider diversity of thought leads to more opportunities to innovate and creates a better community, which, in the end, makes us a stronger industry better prepared for whatever the future will bring,” Martin said.

Key provides opportunities for executive leadership growth, and in Martin’s case, those included participating in the inaugural Key4Women team in 2005, where she learned to lead by “power with” rather than “power over.” She then was encouraged to pitch a women’s council in 2016 to the board of the ELFA. The ELFA Women’s Council then took root, generated growth in participation by women and now drives initiatives in boosting emerging talent and industry equality. In addition, Martin has learned to maximize the value of diverse perspectives as chair of the ELFA’s Operations and Technology Committee.

“Jen is a big picture thinker who leans into innovation and problem solving. She has a very open mind, a desire to learn and welcomes the opportunity to debate and solve complex industry issues.”
Amy Gross, executive vice president of government and commercial vendor finance at Key Equipment Finance

“Jen is not afraid to have vulnerable conversations, encourage open dialogue and challenge the organization to continuously improve,” Gross says.