Matt Taylor has been promoted to managing director and group head of Key Equipment Finance Capital Markets. In his role, Taylor will be responsible for leading the Capital Markets team, while continuing to manage syndication activities for Specialty Finance Lending.

“Throughout his career, Matt has consistently exceeded his goals and has received multiple sales achievement awards including the 2013 Golden Key Award, 2014 Chairman’s Award, 2015 Million Dollar Club President’s Circle Award, and the Pinnacle Club President’s Circle Award in both 2016 and 2017,” said Phil Turner, executive vice president of originations and capital markets. “I look forward to working closely with Matt in this new leadership position.” 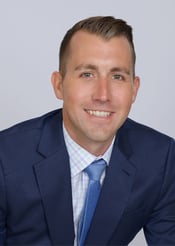 Taylor has held positions of increasing responsibility with KeyBank since joining the company in 2006. In his most recent role, he supported Specialty Finance Lending as managing director, Capital Markets.